It probably would not surprise you to know that I used to be a news junky. As a college student attending a class at Barnard called “Mass Media and American Politics,” I learned that the media sets our agenda and that there is no such thing as objective reporting. At that time, I enjoyed going to the library of Columbia University’s School of International Affairs and reading newspapers from all over the world. To me, it was fascinating that the headlines in India hardly mentioned European or North American countries. They simply had a different agenda.

After years of following the news very closely, I decided to carve out my own agenda and to learn in depth what is important to me. As I learned in my high school history class at Akiba Hebrew Academy, it is best to use primary sources and then to form your own opinion, critically reviewing as many sources as possible. The news presented to us does not necessarily include the most important stories available and often it is not even factually accurate.

With the Internet, it is easier than ever to access eyewitnesses and primary sources including videos and photographs. The amount of information available to us, as well as the range of topics and stories, is unparalleled.

So why is everybody talking about Iran?

Does the deal with Iran affect your life?

Is there anything you can do to change the deal?

At a certain point I became frustrated with the agenda that the news had set. The most important things in my life were not necessarily reflected in the headlines. And the stories seemed to be the same – sometimes with different names and details, although often not.

I have been hearing about the Iranian threat for as long as I can remember. Honestly, there is very little I can do about it and I am resigned to the fact that the public hardly knows any facts around how policy decisions are made, the actual facts on the ground or full disclosure of national policies and practices – as it should be.

However, there are so many areas where we can turn our energies and affect real change, improving the quality of the world in which we live and even save lives.

Social media has changed how I get my news. My newsfeed on Facebook and my Twitter feed are filled with links to stories that interest me from around the globe, allowing me to create personal connections with people who care about similar issues – some who disagree and some who do not. In some cases our shared passions turn into action and affect real change.

Through our interaction on Facebook, Moses Sebagabo and I have become friends. We have several close mutual friends and share many of the same interests and concerns after he spent time in Israel at the Conservative Yeshiva. Moses is the chazan and spiritual leader of the synagogue in the remote village Namanyonyi in Uganda. He is also the Jewish family educator for all seven synagogues of the Abayudaya tribe in Uganda. 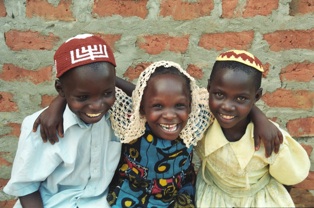 The Abayudaya tribe was converted to Christianity by the British in the early 20th century however as their leader learned more, he rejected Christianity and began to practice Judaism.

Under the persecutions of Idi Amin, about 85% of the community converted to Christianity. Once the dictator was deposed, the community grew and established ties with other Jewish communities outside of Uganda.

I first heard about this community from Rabbi Andrew Sachs, a Philadelphia native who serves as the head of religious services and the Rabbinical Assembly of the Masorti (Conservative) Movement in Israel. Years ago, Rabbi Sachs had told me that he was going to Uganda to participate in a Bet Din (religious court) to convert members of the Abayudaya community. He told me that it is required that the Rabbis of a Bet Din sit on chairs but that the Abayudaya community was so primitive that the rabbis had to bring their own chairs because there were none in this remote region of Uganda. Today, about 400 Abayudaya have converted under the auspices of the Conservative movement; another 130 are seeking Orthodox conversion, with an eye towards immigrating to Israel.

The tribe now has its own Torah and a Conservative rabbi with approximately 2500 members. There is only one synagogue, the Nabugoye Synagogue, with a rabbi. Rabbi Gershom Sizomu was ordained at the Ziegler School of Rabbinic Studies at the University of Judaism (now the American Jewish University) in Los Angeles in 2008. He continues his family’s dynasty as his grandfather and father before him were spiritual leaders of the Abayudaya tribe.

In the congregation that my friend Moses serves there are 624 people. Last month, while the world was concerned with Iran, Moses Sebagabo put out a plea for help for his people on Facebook.

I will let his words speak on their own:

“Today there was a heavy downpour (Rain) in my village and our only protected water source for drinking and domestic use flooded. We are worried of the water borne diseases since we have only one water source in our village. Your prayers, support and suggestions are highly welcome.”

Later the same day:
“Dear friends, as per my call for your good intervention(s) to the need of clean and safe water in my village, the only quick solution is the purchase and distribution of Water Purifier. That will safeguard the lives of Community members from the water borne diseases. Without that, our lives are in great danger.

“We humbly look forward for your prayers, support and suggestions.

“Our Community has 624 people. All survive by that only water source. So, 624 are the affected people. We live in a remote Village where we have no International aid Organization.” 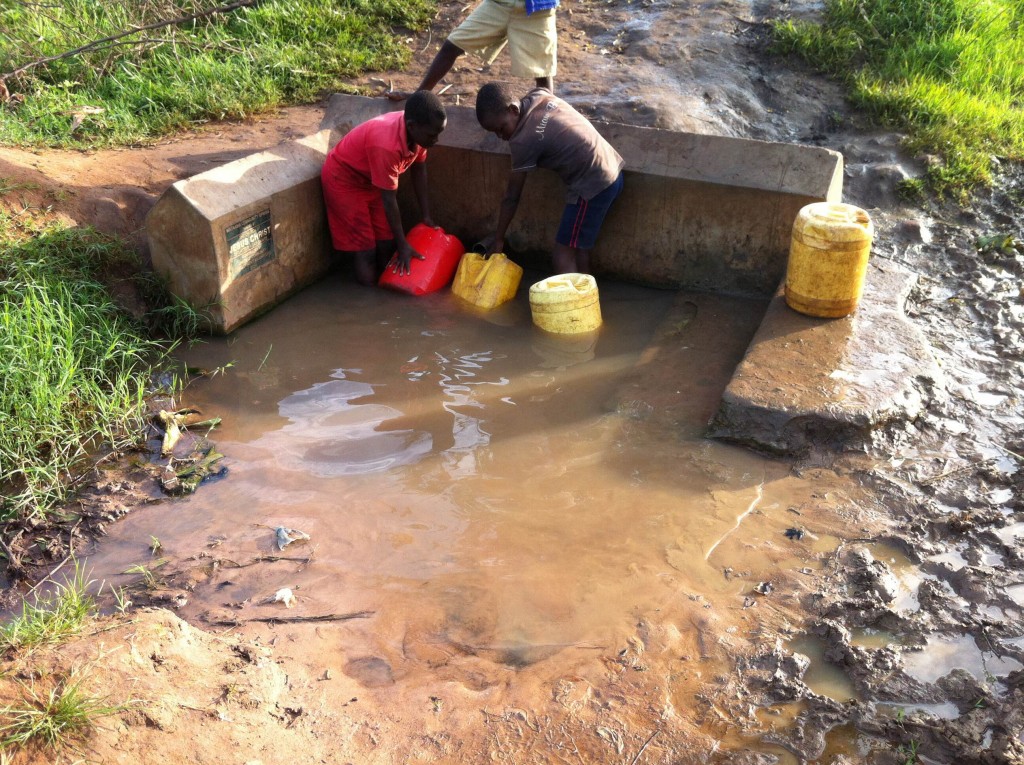 “A great help is needed. As we look for a permanent water plan, at this time, we need water purifier since there are already cases of typhoid in the area as a result of water contamination. Is this something you can give a hand?”

Not knowing what was involved, I wrote Moses, “I am happy to try to raise funds for a water purifier. Is this something you can purchase there – if so, how much does it cost? If not, can you tell me what you need and how we would get it to you?”

I was surprised by his response: “Water purifiers (Chlorine) and a water dispenser are sold here at a cost of at a cost of $75. I believe that purchasing one water dispenser can be planted at the spring where everybody can have access to it when collecting water. With filling Chlorine, I can take charge to be filling the dispenser whenever it gets finished.

“Per now, it needs $75 to purchase Chlorine and one water dispenser. Truth need to be said: $75 will safeguard the lives of many here in my remote village as we look for a long term solution. Thanks”

For me it was a no-brainer. The next morning I went to the post office and I wired Moses $75 via Western Union and saved 624 lives in Uganda.

The village is still looking for a long-term solution to their water crisis. If you are interested in saving and enriching lives by either helping solve their water crisis or with Jewish educational initiatives, please contact Moses at sebagabomoshe@gmail.com.

Alternatively, you can let me know your thoughts about Iran.

I look forward to reading your comments. 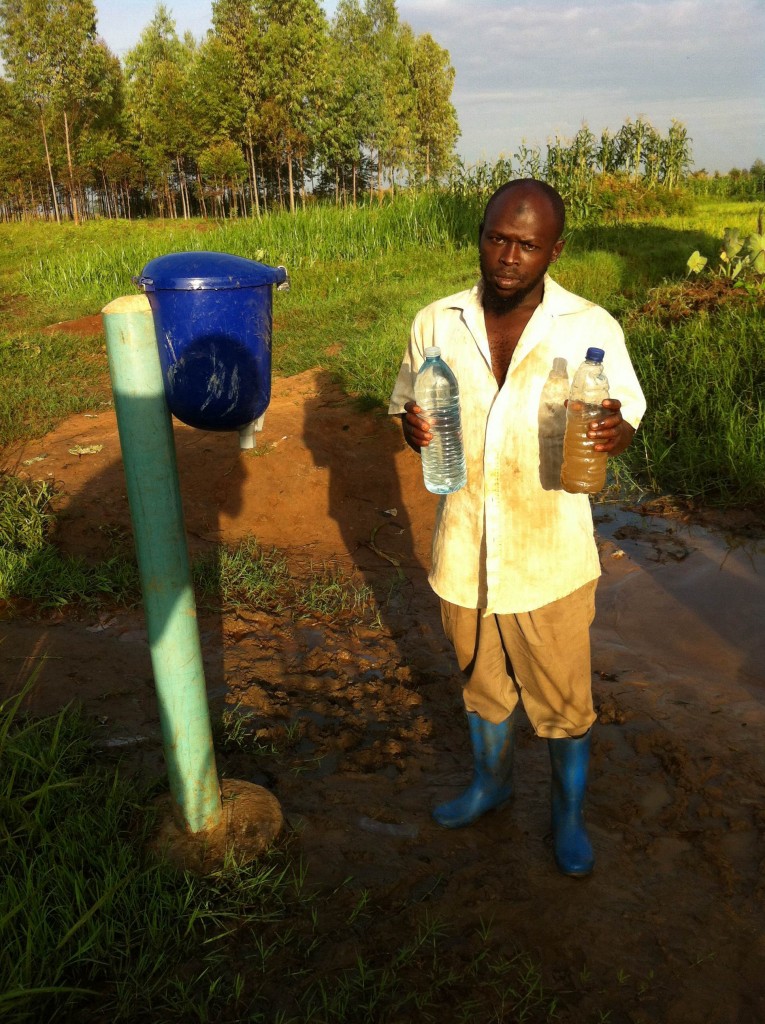 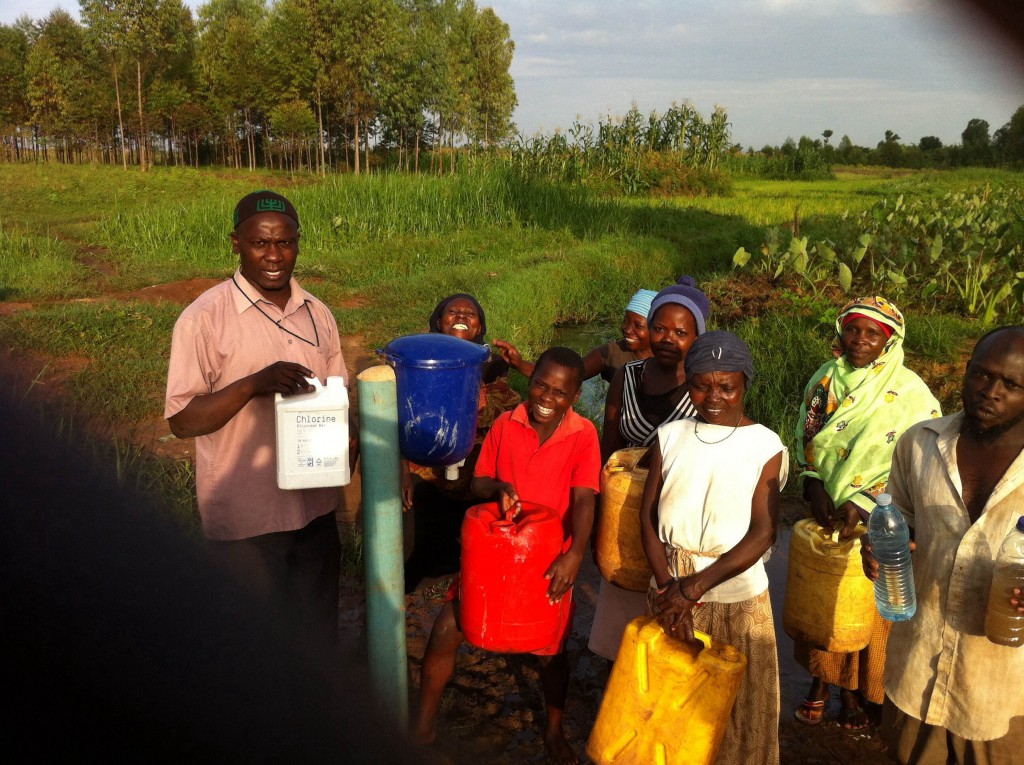 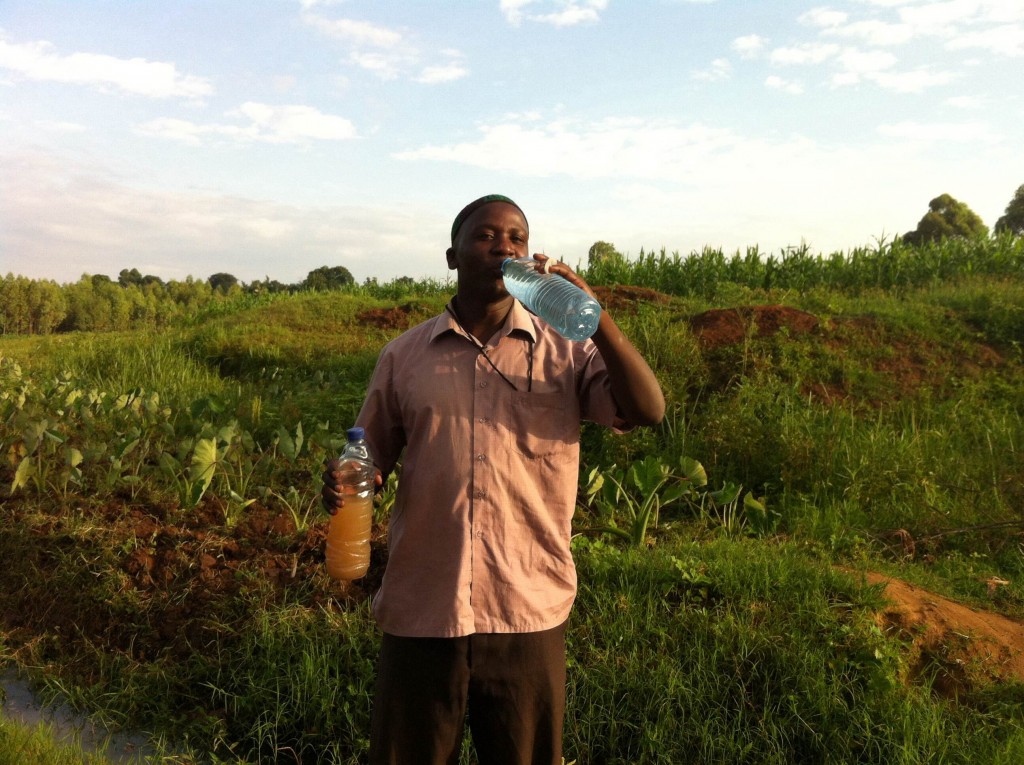 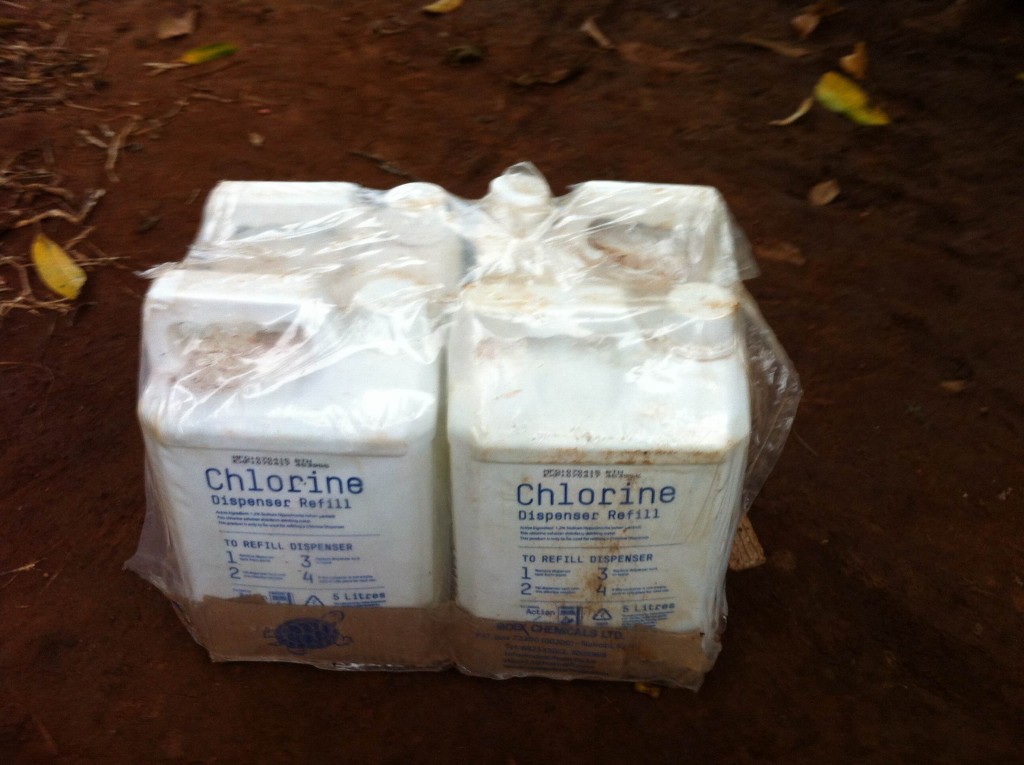