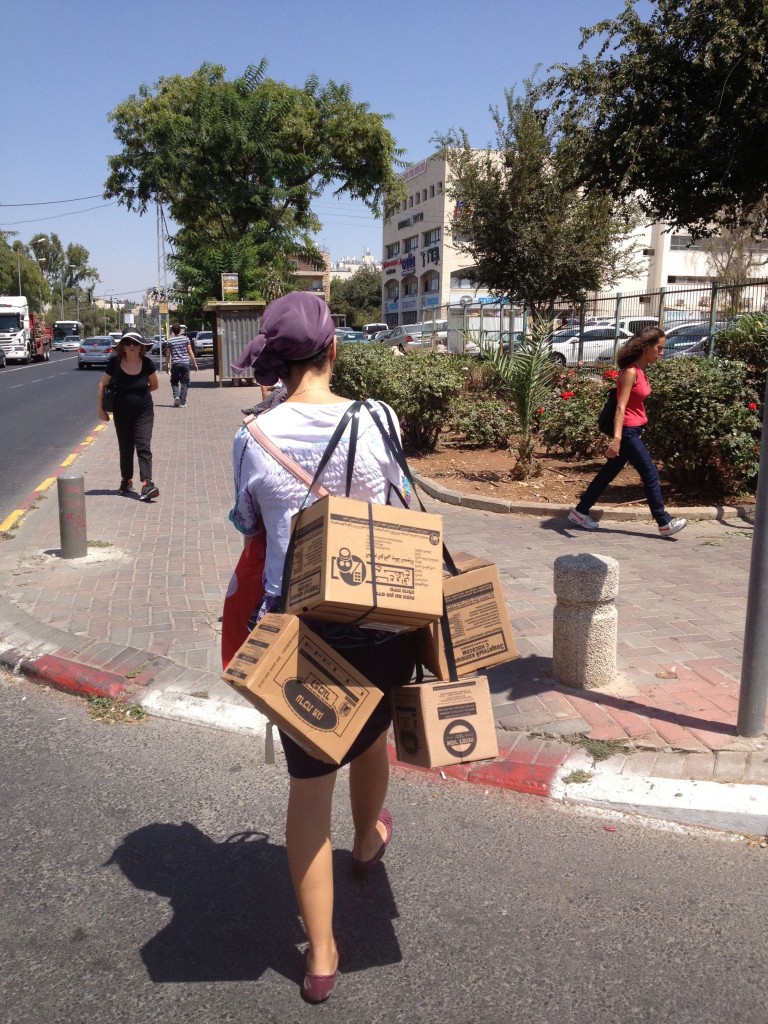 I was speaking about some issues that came up in my son’s elementary school with a friend of mine, a mother of a child in the same school. She criticized me for being “too American.” My friend, a Yemenite sabra, told me, “If someone is bothering my kid, I tell my child to hit them back. That puts a stop to it.”

I, of course, tell my kids to report it to an adult.

Bullying has become a large problem in the United States. According to the American Academy of Child and Adolescent Psychiatry, almost half of all children will experience bullying at school and at least 10 percent of children are bullied on a regular basis. However, bullying doesn’t just happen at school and it doesn’t just happen to children. While adult bullying is usually verbal and not physical, it is also a problem, especially in the workplace.

When the U.S. attacked Afghanistan, I had a hard time understanding it. Today, I have a hard time understanding what gives the United States the right to attack Syria. Does the biggest kid on the playground get to set the rules just because he is the strongest? Even if the rules are agreed upon by the community of nations, does one country have the right to be the self-proclaimed enforcer and distribute punishments as it sees fit. Is this not vigilantism at best and bullying at worst?

There appears to be a multitude of venues and forums to discuss and act upon conflicts on the world stage. These were set up to avoid military conflict, and yet, we seem to return to military options and cycles of violence.

Among the Arab nations, it seems that the Arab League is the correct address to raise the current problems with Syria and, in fact, Syria’s membership was suspended in November 2011 due to the Syrian government’s repression of their own people. Would it not be wiser for the U.S. to pressure the Arab league to take further action rather than to escalate the situation to a military conflict involving United States troops?

If what Assad has done is criminal, why not take him to trial? We do have a World Court for exactly such situations.

My eight year old came home from second grade telling me that he knows what to do if there is a siren. I have gas masks for myself and my children, although there is debate among my friends if we should even put them on because they will likely be ineffective. Just because Mr. Obama wants to exert his authority and scold Assad for being a bad boy, does he have the right to endanger the lives of our children? Would a school principal ever act this way? Does might make right?

Given the context of a bully on a schoolground, the answer seems obvious to me. However, my Yemenite sabra friend may disagree. As many would answer, this part of the world has a different mentality and Western tactics will not work here. I am not sure that this is true and even if it is, in the end, what difference does it make if a U.S. attack escalates a domestic civil war into a regional or even world war?

It is hubris on Mr. Obama’s part to think he has the power to limit the scope of a military conflict. Today, even regional powers have weapons we would not wish on our enemies and it is an impossibility for a superpower to assume control of all such weapons. Since Vietnam, it seems to me that the U.S. has gotten itself involved in wars it thought it could easily win and contain, but instead it has paid with years of minor conflict and many U.S. lives. (Over 2,270 U.S. lives have been lost in and around Afghanistan since the conflict there started in 2001 and in case you think it is over, almost 100 Americans have died so far this year.)

World leaders are constantly making decisions which promote stability or instability in regions according to their national interests. The alternative to Assad’s leadership in Syria is Islamic fundamentalism. I can not see that such an alternative would be in the U.S. national interests, nor would it benefit Israel. What then is the motivation behind Obama’s desire to escalate and involve U.S. troops? Is he on a religious crusade as the savior of the world’s meek and weak? I certainly hope not. There is no shortage of them and launching military revenge against all those who exploit and persecute the underprivileged would lead to a never-ending armageddon. Is he really so sure that this will be a limited conflict, sending a message to Syria (and Iraq, North Korea, etc.)? I’d rather he did not gamble with my children’s lives.

My request is that before America plays armchair politics with knee-jerk reactions telling everyone the world-over what is right and what is wrong, consider the consequences and fallout. Consider the alternatives. Consider all the what-ifs. Consider the children on the playground and the messages we are sending them.